Duration : 3 Nights / 4 Days
Places Covered : Varanasi – Prayagraj (Allahabad) – Varanasi
Varanasi, a city situated on the banks of River Ganges is one of the ancient and living cities of the world. The sacred River Ganges and Kashi Viswanath Temple along with hundreds of temples are the prime attractions of the city. Thousands of pilgrims reach Varanasi daily to explore this spiritual city. Varanasi was also known as Kashi or Benaras. It is also an important places for Buddhist believers and Sarnath, the place Lord Buddha gave his 1st sermon is very close to city. Thousands of Buddhist believers all over the world come and visit Sarnath Stupa and offer their prayers. Recently, Varanasi is became a good destination for events, exhibitions and conferences. The nearby Prayagraj is also an equally important sacred city for the Holi dip in the Triveni Sangam. Kumbha Mela happens in The city has a number of historic monuments as well. 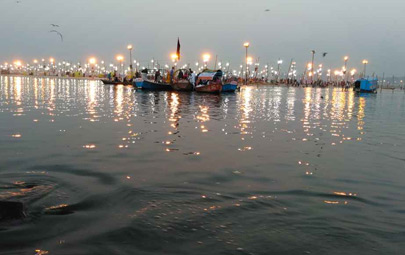 Day 01 : Arrive Varanasi
Arrive Varanasi airport or railway station. Meet on arrival and transfer to the hotel (normal check in 12:00 hrs. noon). Evening attend Ganga Aarti from the Ghat.
Night at the hotel. 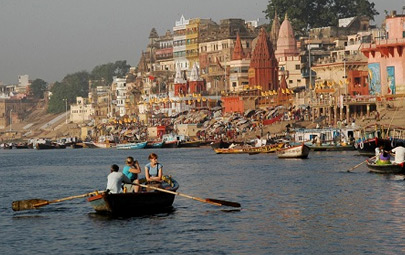 Day 03 : Varanasi
This morning you may take a holi dip in River Ganga. Rituals can be arranged for those who are interested. Proceed to the famous Kashi Viswanath temple. Return to the hotel for breakfast. Later visit Banaras Hindu University with its museum, Sankat Mochan temple, Tulsi Manas Temple and Bharat Mata Temple, etc. Afternoon excursion to Sarnath, the place where Lord Buddha preached his 1st sermon. Visit the famous Stupa and the museum. Night at the hotel.